Welcome All,
Follow us as we sail Bullwinkle, our Westsail 32, south to California, Mexico, out to Hawaii and back home to Seattle.

Until next year, adios...

After 7+ months in Mexico, eating at all the local taco stands, resturants and tiendas we had our first bout with food poisoning over the last 24 hours.  We got it after having munchies on a friends boat.  Nasty stuff.  We're better, but lost a full day in buttoning up the boat, so we're in double time now.

We've found during these months and more so in the last couple of days that trying to transport a cat causes much consternation.  We have rented a car, driving to Phoenix tomorrow to drop me for a flight on Tuesday.  Ed will drive back and within a couple of days catch a bus back to Phoenix for his flight.  Ugg.

I didn't get to see her come out (I was in her for the trip to the workyard due to illness) but Bullwinkle now rests on the hard.  Its been several years since she's been out of the water, but she didn't do much creaking, so I guess its o.k.  We did pretty well with our supplies, not having to give much up aside from food; mostly pasta.
After all the work we've put into shutting her down in the heat, Ed almost did a reverse to stay aboard!  We'll start earlier next year.

It's been quite the experience.  So much beauty, so many kind people; the way the boating community really takes care of it's own.  It does make a person want to come back.
Posted by Tracey and Ed at 6:18 PM 1 comment:

Yesterday we had a play date with Phil from Salty and Roger from Tarrou.  Phil has wintered in the area for several years now and is like minded in trying to find good stuff at the lowest possible cost.  He is a mind field of information on the area, taking us to some of his favorite spots following the scenic route for our viewing pleasure; dramatic backdrops of mountains and sea all around San Carlos, Mirmar, Guaymas and a couple of other small towns.
We ended our day with a couple of brews at Soggy Pecos.

Posted by Tracey and Ed at 9:27 AM No comments:

Arrived at Martini Cove around 6a yesterday.  Slept until about 12/1.  Went for a kayak to the sea caves and then a swim afterward-our last in the sea of Cortez this year.  Martini cove is a tight little cove and quick stop for all party and fishing boats.  They pack in and there are a lot of them around here!  By late evening it was quite and we had the place to ourselves.
Today we kayaked around to the San Carlos Marina, got a slip and made arrangements for our haul out and storage.  Getting out of the kayak, Ed had our underwater camera on his lap and it went right into the drink.  It was so murky and gross at the dock we couldn't see it.  He says he's going to take his snorkel and go back.
Met and chatted with Phil, S/V Salty, who has offered to be our tour guide and driver tomorrow to a town south of Guaymas that has a giant flea market.
We'll spend the rest of the week shutting down the boat for haul out on Saturday.

Posted by Tracey and Ed at 5:30 PM No comments: 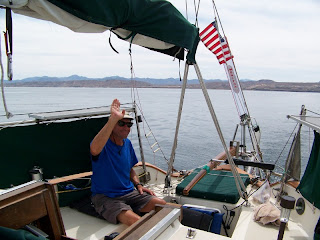 Posted by Tracey and Ed at 1:50 PM No comments:

Last stop on the Baja Peninsula

April 1; Santa Rosalia
Stayed one night at Punta Chivato, after beach-combing not much else happening.  Water was to murky to swim.  Arrived at Santa Rosalia after a rolly/choppy/windy sail.  Our last destination on the Baja peninsula prior to crossing the sea to San Carlos.  Checked out one of the copper smelting remains prior to catching up with some friends for dinner, Roy and Marlene, who we met at Christmas.  Lovely evening.  This town was built, primarily by the French when they mined copper through about 1910/20. 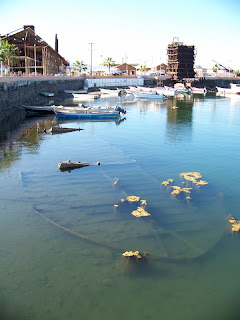 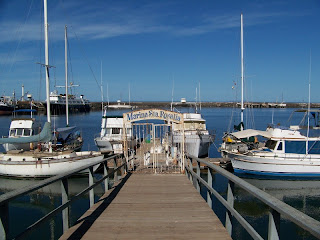 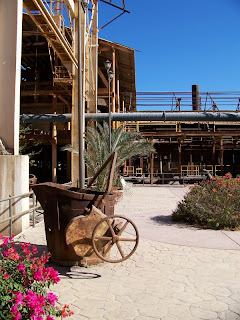 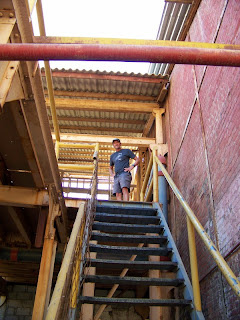 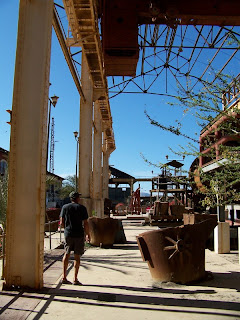 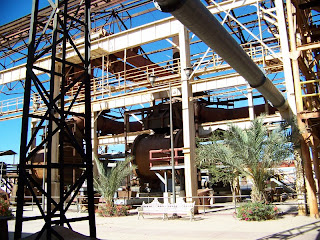 March 31; Ed goes native
So Ed does some strange things when he gets bored.  I probably need not say anything more regarding this except that it's something I believe can best be appreciated by his kids/grand-kids (or at least ours.) I'm sure there are many gross boys out there that would also enjoy it.  Spent one night at Punta Chivato; large shells all over beach. 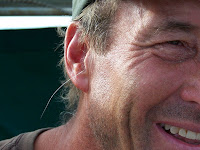 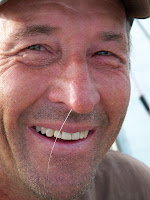 March 29; El Burro Bahia Coyote in Bahia Concepcion
Lazy day. Nothing but swimming and sunning. Went into Bertha's in the evening after hearing a live band playing. The local ex-pat community and band having a good time. We got up there around 7:30, in time to hear three songs and then they were done. We'd forgotten ex-pats start early and end early around these parts. It comes from not having much to do after sun-down. The evening however inspired me to write a song which I've already titled 'Where hippies go to die.' 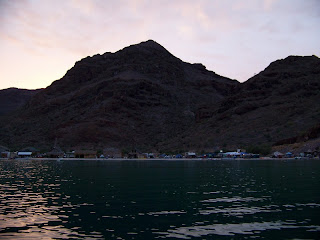 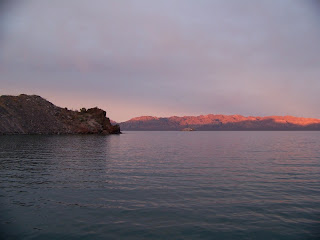 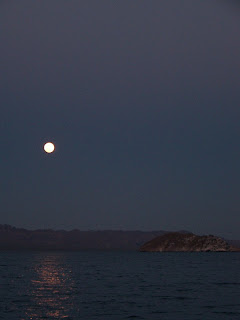 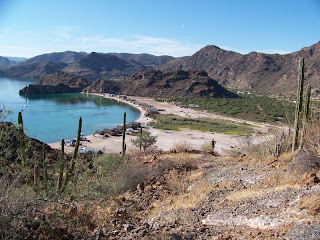 Where are we now?

Have our blog posts emailed to you

Links to other good stuff

Tracey and Ed
Seattle, WA, United States
We built Bullwinkle, our Westsail 32, in the backyard over 15 years. Have sailed her in Puget Sound, San Juan islands, Canadian Gulf Islands, Desolation Sound down the Pacific Coast into the Sea of Cortez and Ed brought her home via Hawaii. Now we're taking our 27' Airstream Overlander, Rocket J across the states!